Yesterday, we launched our first Kickstarter campaign! Rhythos RPG Builder will be a free, open source game builder that will feature the awesome art, music and battle system of Rhythos Arcade BETA, David's April "One Game a Month"! It will also have a lot of other cool features and be really easy to use and flexible.

My involvement with the project has been fairly small since it mainly requires programming work, which I am useless at. However, I did have a really good time designing the Rhythos magician mascot and logo! 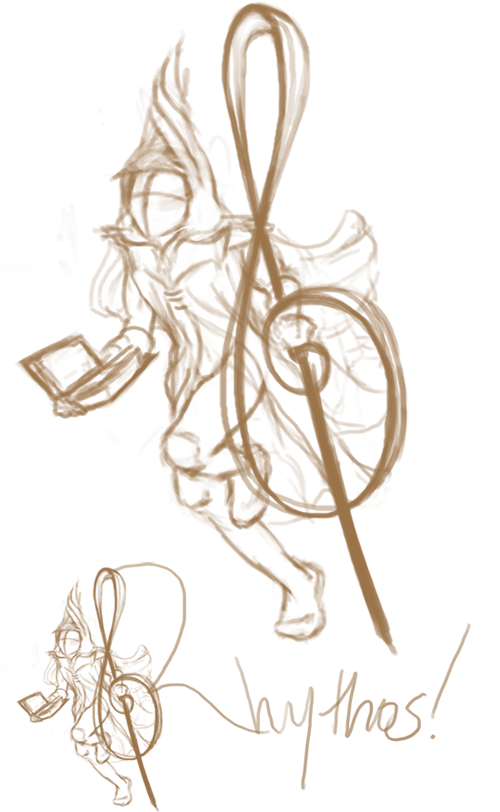 I knew I wanted an action-filled pose that would be exciting, as well as an open book to indicate the "open source" nature of the project. We also wanted to somehow show the rhythm/music side of the project since Rhythos Arcade is a music-based battle system. Since we knew the character was a magician, we thought a staff would fit, and decided to do a subtle visual pun by making her staff into a "treble staff" :P 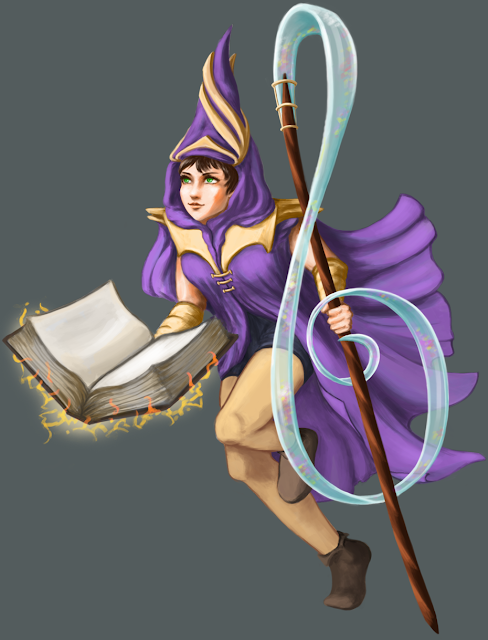 A close-up because that image is huge: 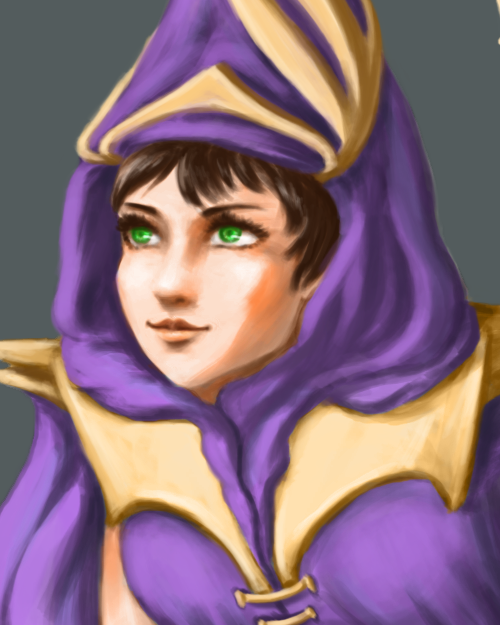 I was fairly pleased with how this came out, although the character's right foot (the one on the ground) continues to boggle me and look weird, despite many re-dos and fixes. However, I am glad I was able to get a more motion-filled pose happening with decent success, since I'm usually drawing more static characters.

Here's another image I put together for the campaign - it's a collection of sprites from the LPC graphics the Rhythos editor uses. I modified one to create the cute little pixel mascot in the front! ^_^

So, please check out the Kickstarter if you have a minute, and share/like/back it if it looks interesting to you!! I really hope this project will be a success - I think it will be an amazing, super accessible tool for the game development community, allowing even a non-programmer (like me!) to create complete games! And that's pretty darn exciting!